Resident Evil: Apocalypse (2004) is a film about the end-of-the-world caused by biohazard. With themes of greed, survival and betrayal, it’s no surprise that this movie has become a cult classic among horror fans. 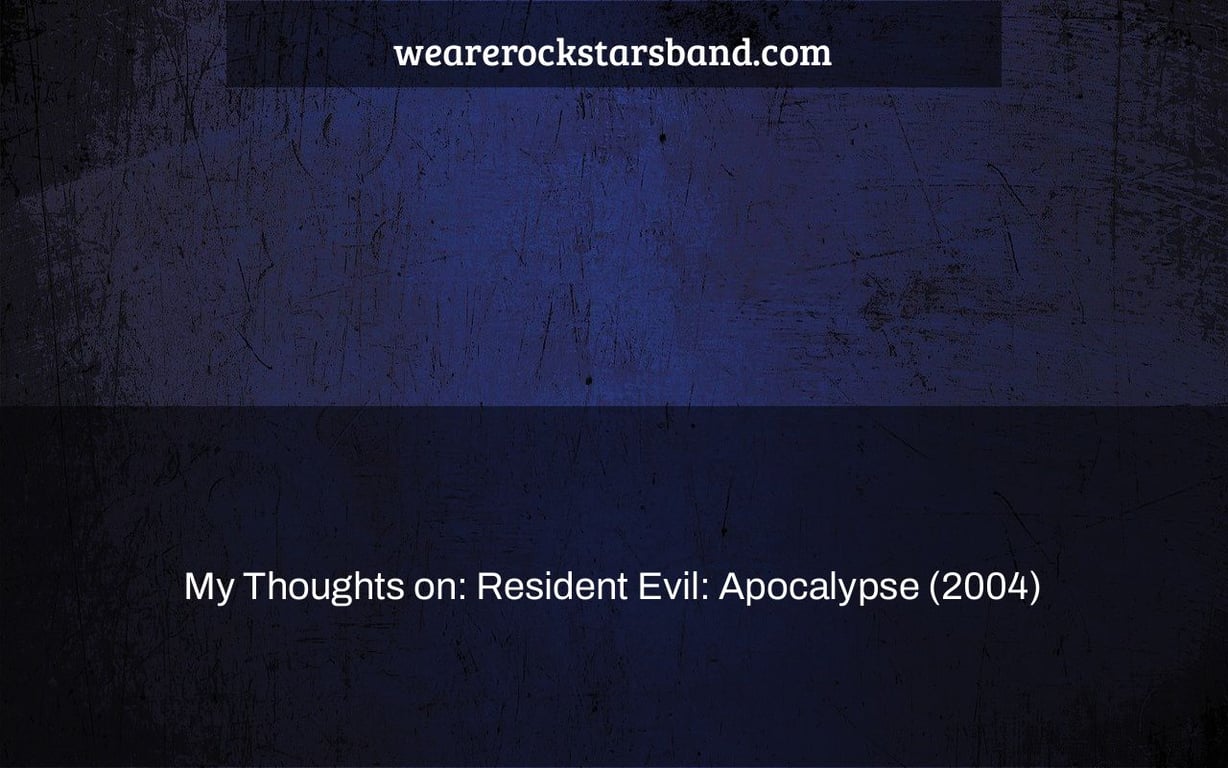 Following my surprising enjoyment of Resident Evil, I carried on to Resident Evil: Apocalypse. The T-virus is rampaging across Raccoon City as the zombie apocalypse starts in this sequel, with Alice waking up in an abandoned hospital and the T-virus ravaging throughout the city.

This film startled me more more than the first Resident Evil film, since I had assumed that the quality of the films would deteriorate with time. But that slide hasn’t begun yet, since Resident Evil: Apocalypse is, dare I say, a better film than the first Resident Evil (the lack of questionable CGI is a big mark in its favor). Because the original film was nearly entirely set in the Hive, the sequel’s decision to relocate the action to Raccoon City makes perfect sense. 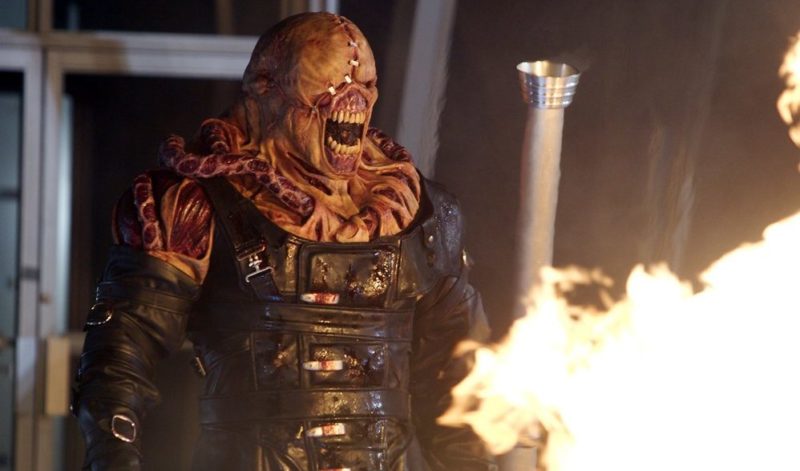 I enjoy how the movie portrays how the T-virus first spread across the city, with the interfering Umbrella executives exacerbating the issue by pushing the Hive open, enabling the surviving zombies (and the infection) to escape. A scene in the montage depicting the early stages of the zombie apocalypse really made me laugh out loud. Remember how in my review of the first picture, I wondered aloud whether this was a world without zombie movies? Well, I believe this movie verifies that zombie movies aren’t a thing in the Resident Evil universe since there’s a comical moment in which the Raccoon City PD drags in chained zombies and treats them like ordinary criminals at the police station. I couldn’t help but chuckle since it’s so stupid.

Concerning Jill Valentine… I could understand why many were offended by her looks in her first five minutes onscreen, and I absolutely agree with all of the comments. Here’s the thing: when adapting a plot from a computer game, you’re not required to recreate the outfits in perfect detail, something I believe the filmmakers of this film overlooked. However, Jill is such a badass in this picture that I’m ready to ignore some of the flaws. Alice is in the same boat. She was already a badass in the previous picture, but in this one, she elevated things to a whole new level. I was blown away by the motorbike feats she performed. 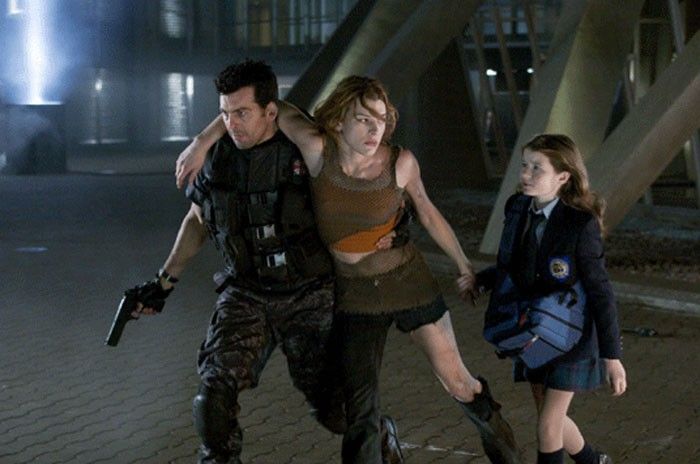 Oded Fehr’s presence in this film was something I had not anticipated (aka Ardeth Bey in the Mummy movies). I’ve always been a fan of his, and if I’d realized he was in the Resident Evil films, I’d have begun watching them years ago.

The only problem I have with this film is Nemesis. I can’t believe this…monstrosity…is meant to be the one character from the first film. Yes, I understand that the original film’s finale implied that this character was changing… But, honestly, did that much time pass between the first and second films for him to change that drastically? Not only that, but Nemesis’ makeup is simply… It does not appeal to me. It’s a huge improvement over the awful CGI Licker from the previous film, but it’s still lacking and could’ve been better. 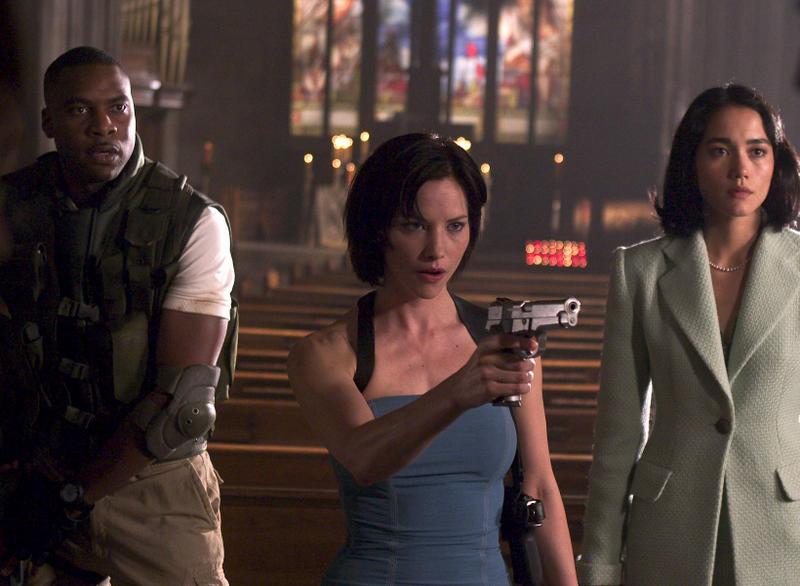 I’ll confess that I was hoping that the subplot of saving the daughter in return for fleeing Raccoon City would work out for our heroes. That reveal that the villain has been knowing the whole time…man, that stung. That’s how you do it if you’re going to perform a twist like that. At the very least, the villain got his just desserts; hearing the empty revolver go *click* as he attempted to take the easy way out was really gratifying.

While Resident Evil: Apocalypse has its flaws, it is a significant improvement over the previous picture, with plenty of “Oh BLEEP” moments sprinkled throughout.

Leave your thoughts about Resident Evil: Apocalypse in the comments section below, and have a wonderful day!

I am a huge fan of the Resident Evil series, and I have been waiting for this movie to come out. It is not as good as the other movies in the series, but it is still worth watching. Reference: resident evil: apocalypse parents guide.

What caused the apocalypse in Resident Evil?

A: The virus released into the air causing a worldwide apocalypse.

What happened at the end of Resident Evil: Apocalypse?

A: Because of the situations in Resident Evil, Capcom has decided to end this series after 6 games.

What happened between Resident Evil: Apocalypse and Extinction?