Kim Jun-su and FNC Entertainment have confirmed that a second season of Komi Can’t Communicate has been scheduled for April 2022. The first season, which aired in January 2018 on Netflix, was abruptly cancelled last year due to the sexual harassment scandal surrounding its director Lee Yoon-ki.

The “komi can’t communicate” is a comedy web series that has been confirmed for its second season in April 2022. 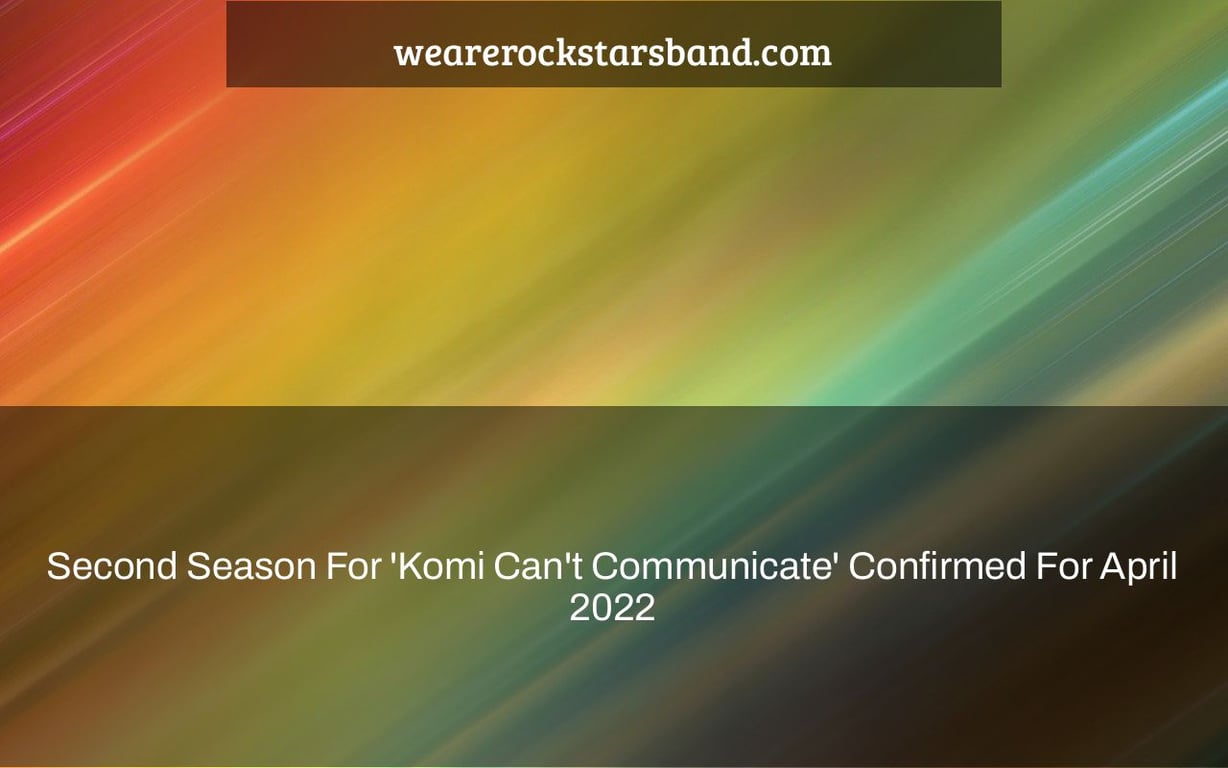 The second season of Tomohito Oda’s Komi Can’t Communicate will air in April of next year. The happy news was posted on the official website and Twitter account for the 12-episode anime that just concluded airing. They even prepared a one-minute announcement PV with Shouko Komi, the wallflower, breaking the big news.

The following is a link to the entertaining PV:

Komi-san takes her time sharing the news and sending a brief message to fans and the public in the short PV. Her companions greeted her with shouts after she successfully pronounced the single sentence, “Yoroshiku onegaishimasu.” Komi is looking forward to seeing everyone again next season, loosely translated. Komi-san, we can’t wait to see more of you!

The first episode of the anime broadcast on TV Tokyo and other major stations on October 6. The concert was exclusively webcast by Netlfix the next day in over 190 countries and eight languages. It also includes subtitles in more than 31 different languages.

Komi Can’t Communicate is a touching comedy about an adolescent girl who overcomes her severe social phobia with the support of her friends. If you haven’t seen the anime yet, now is the time to do so! Netflix and other anime streaming services still have it available.

Voice actresses Aoi Koga (Komi) and Gakuto Kajiwara (Tadano) send a loving greeting to fans on the anime’s official website. The performers extended their thanks to all of the manga and anime fans who have supported the series. They also expressed their delight at the second season’s announcement.

Their message is as follows: Should You Stream It Or Skip It (Without Spoilers)? What Our Critic Has To Say?